Injustice 2 is the follow-up fighting game to the well regarded DC Comics spin-off. Set five years after the events of the previous game, Superman has been incarcerated after taking over the world and ruling it as a fascist dictator. Now the mantle of protecting the world has fallen to Bruce Wayne. When Gorilla Grodd forms a society of supervillains he must call in some old friends to put a stop to the group before something terrible happens.

This is probably the best single-player fighting game you can get right now. Rather than feel like a tacked-on afterthought, as with most other games of the genre, Injustice 2’s single-player content feels incredibly important. The game features a lengthy story complete with long cutscenes that serve to do more than simply get characters from one fight to the next. There’s a strong narrative here, featuring a massive roster of DC Comics characters treated with care and reverence.

It’s also bloody fantastic to boot. The story of Injustice 2 puts the recent spate of DC movies to shame. It might be the best large-scale superhero crossover story we’ve had in years, in any medium. The larger story revolving around Batman, Superman, Grodd and Brainiac is a great framing device, giving Injustice 2 a fun, world affecting narrative that propels the series forward really well.

What really makes Injustice 2 work as a great story, though, is the smaller character arcs within the overall story. The game is split into twelve chapters, with each chapter giving players control of one or two characters passing the story off to the next. These chapters serve to push the story forward but also give characters their own smaller story arcs. Far from being just an extended tutorial for the game’s online modes, we get to see meaningful story arcs involving a large number of these characters.

Seeing The Flash fight for redemption or Supergirl slowly learn what happened to her cousin ground the story, rising it above the usual all-out action of a comic book crossover. Coupled with some seriously impressive voice acting across the board and some great facial animation and Injustice 2’s story is a huge success. Not every character gets a platform to shine and the game does have a habit of disappearing characters, but it largely makes for a gripping story. 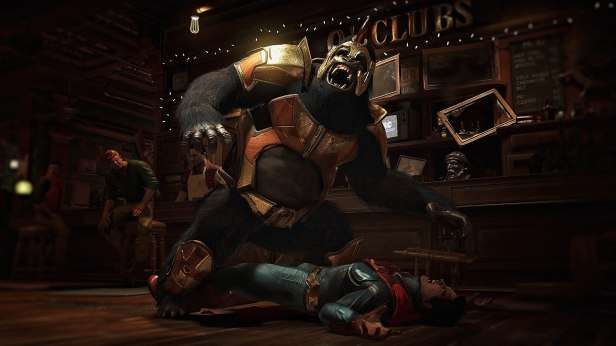 And that’s not even where the single-player content ends. Injustice 2 also features the Multiverse – a mode specifically designed for players who want to keep playing the game, but don’t want to get smashed to pieces attempting to take the game online. Resembling MKX’s towers, it’s a genius idea. Multiverse offers players a choice of lengthy battles – complete with optional objectives, arena modifiers and various rewards for completion. These events come with real world countdowns before being replaced with new ones.

If you enjoy playing the game, then Multiverse will see you keep playing. While there’s no real stories to be found, beyond a quick blurb at the beginning of each event, it does mix things up with modifiers. Each series of matches can see health pickups or bombs being dropped on the arena, or maybe give you some backup in the form of a special attack you can summon from an offscreen ally. While the modifiers are slight, they do ensure that the constant fights don’t feel wholly repetitive.

From a gameplay perspective things are largely unchanged from the previous entry in the series. Injustice 2 still relies heavily on combos and still features super meters and the clash system. The super meter has been slightly reworked here. You can still bet it in clashes to recover health or cause some damage and a full meter can still activate the awesomely over the top super moves, which are fun to see at first but can become repetitive after a while.

Now players can also spend portions of the super meter on special moves, as well as perform air recoveries or rolls. Instead of radically altering the core game mechanics, NetherRealm have instead focused on a hugely expanded cast of characters to keep the game feeling fresh. There are fifteen new characters added to the cast, and everyone brings a unique style of play to the game. Returning characters have also seen some minor modifications to their movesets.

Injustice 2’s core combat remains incredibly slick. The controls are responsive and pretty easy to pick up, with only the really advanced maneuvers requiring complicated button sequences. Instead, Injustice 2’s focus is on chaining together quicker combos for maximum damage. Most of the rosters special moves are usually only a couple of button pushes long, allowing anyone to pick up and play their favourite characters with a slight learning curve.

Accessibility is probably one of the game’s big strengths. Everyone is catered for – from newcomers and people who aren’t generally that good at fighting games (hello) to experts and high skilled players. Injustice 2 is good fun for everyone, with a robust set of difficulty options, a gentle learning curve in the offline modes for novices and an incredible depth of mechanics and varied movesets for more advanced players. 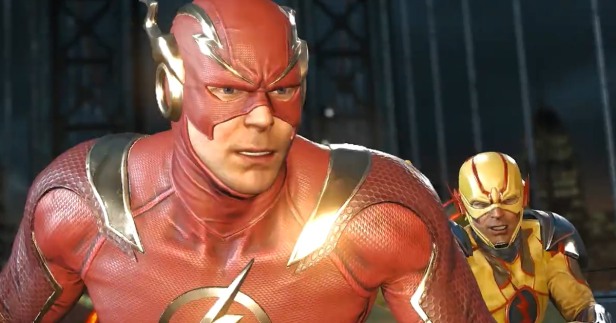 The only part of the experience that doesn’t really gel is the loot system. Pretty much everything you do will yield a Mother Box (Injustice 2’s version of loot boxes). They come in various rarities, with the rarer boxes housing more loot and a bigger chance of grabbing epic items. This loot allows you to customise the roster of characters, both cosmetically and also by stats. The fighters have various stats for defence, health, damage and the like that can be increased by equipping loot.

It’s a system that never really feels like it fits into Injustice 2. Most of the loot you receive doesn’t really feel like it has much impact on characters, save for some of the high level, super rare pieces. Mother Boxes themselves are laughably inconsistent. Opening one will give you random pieces of gear that could be for characters you never use. They’re also seemingly not tied to your characters’ levels, as I was getting level 20 epics for characters who were still at level 1.

It’s needlessly convoluted – there are two different types of Mother Boxes, five different tiers of rarity, three different currencies and a host of systems for evolving or changing the look of your gear. Considering how accessible the rest of Injustice 2 is, it’s a shame that Mother Boxes are complicated and off-putting. Once I started ignoring the stats and treating them like cosmetic customisation options I enjoyed the gear a lot more. That’s how it works in competitive online multiplayer in any case.

The stat boosts afforded by gear can be turned off once you go online to avoid heavy balancing problems. I can see why the loot contained in the boxes can be really useful – they allow players to tailor the play styles of characters they otherwise might not be able to get to grips with. The trouble is that there are so many characters and so much loot that it feels next to impossible to find anything that will help tailor characters they way you want them. 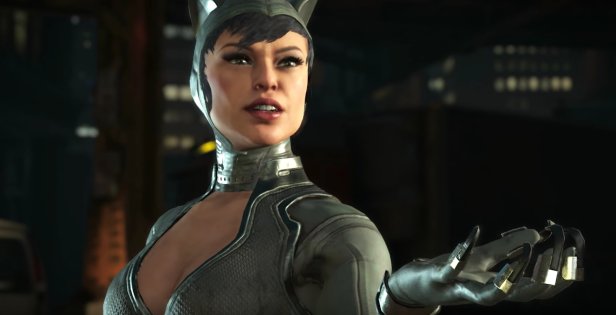 Taking things online sees the usual suite of multiplayer options, but the standout is the Guild. Players that hit level 5 (which you’ll easily manage just by playing the campaign) can join a Guild, which have their own daily and weekly challenges to complete. They also have their own, beefier version of the Multiverse, which will need to be tackled by the entire Guild thanks to expanded objectives and much longer chains of matches. Much like its offline counterpart, it’s an excellent mode that does wonders for keeping players engaged in the game.

Injustice 2 is probably the best single-player fighting game you can get right now. It’s got a great story that offers several fan favourite DC Comics characters some pretty interesting arcs, pushing forward the Injustice narrative in interesting ways to boot. The addition of Multiverse also gives players who prefer offline content massive incentives to keep playing the game, which they’ll be happy enough to do thanks to the game’s solid core mechanics.

Gameplay has been tweaked rather than overhauled from the previous entry in the series, with NetherRealm taking a wise “if it ain’t broke, don’t fix it approach” to Injustice 2. Instead, they’ve expanded the winning formula of the first Injustice – balancing the mechanics and adding a ton of new characters to expand the game’s play style possibilities. This is complimented by an excellent suite of multiplayer options, with zero connectivity or matchmaking issues, and the equally excellent Guild mechanics. Even a convoluted, arbitrary loot box system can’t take away from how special a game Injustice 2 truly is.