This morning – Square Enix are looking to sell off Hitman devs IO Interactive, Nintendo have announced their plans for E3, Dynasty Warriors 9 has been confirmed for a Western release, Deus Ex composer Alexander Brandon has revealed he is working with Metroid Prime devs Retro Studios on a new game and Battlezone has launched for HTC Vive and Oculus Rift.

Square Enix selling off Hitman developer IO Interactive – After posting yearly financial results that showed record sales and profits, publisher Square Enix has announced that it is looking for buyers for Hitman development studio IO Interactive. The decision has been made to “maximise player satisfaction” and “market potential going forward.” Square Enix is looking to focus their resources on “key franchises and studios” and it seems as though Hitman and IO Interactive are not a part of that.
(via Square Enix Notice of Booking of Extraordinary Loss)

Nintendo announce E3 plans – Nintendo have announced their plans for this year’s E3. The console developer will kick off the show on Tuesday June 13 at 5PM BST with its Nintendo Spotlight presentation, with a focus on Super Mario Odyssey and other Nintendo Switch games, with a focus on what’s coming in 2017. They will follow this up with a Treehouse Live event showcasing these upcoming games. Nintendo will also be holding tournaments for Splatoon 2 and ARMS at E3.
(via Nintendo E3 site) 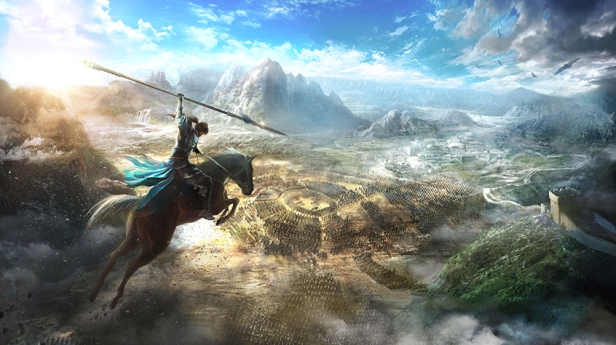 Dynasty Warriors 9 is definitely coming West – Koei Tecmo America has announced that the ninth instalment in the Dynasty Warriors series is getting a Western release. Dynasty Warriors 9 marks a major shift for the series with a brand new open world. Players will explore an expansive environment littered with missions that will allow players to experience a variety of historical battles from Chinese history. Platforms and release dates are yet to be confirmed.
(via Press Release)

Deus Ex composer working with Retro Studios on new game – Metroid Prime developers Retro Studios are working on a new game. Deus Ex composer Alexander Brandon posted an update to his Facebook page that he was working with the studio on a new, as yet unannounced game. Retro previously developed the Metroid Prime trilogy. Their last game was Donkey Kong Country: Tropical Freeze for Wii U, released in 2014.
(via Facebook)

Battlezone releases on PC VR headsets – Former PSVR exclusive Battlezone has released for HTC Vive and Oculus Rift on Steam and the Oculus Store. The first-person tank combat game has been optimised for both headsets, featuring a host of graphical improvements and has launched with a 15% discount and a ton of new content.
(via Press Release)