This morning – Vivendi are reportedly ready to go ahead with their hostile takeover of Ubisoft this year, Danganronpa devs Spike Chunsoft have announced a brand new IP, rumours are swirling that Creative Assembly may be ready to start work on a new Alien game, Capcom have revealed a release date for Marvel vs. Capcom: Infinite, Sega have revealed the first 2D gameplay for Sonic Forces and Night Trap is getting a 25th anniversary re-release on PS4 and Xbox One.

Sources: Vivendi looking to complete Ubisoft takeover this year  – Sources close to Reuters have told the news outlet that Vivendi is likely to complete a hostile takeover of Ubisoft this year. Vivendi have been buying shares in the publisher since 2015, raising their stake in the company to 25%. If Vivendi reaches 30% then French law dictates that they would have to pursue a controlling stake in the company. Ubisoft share prices have fallen following the news.
(via Reuters) 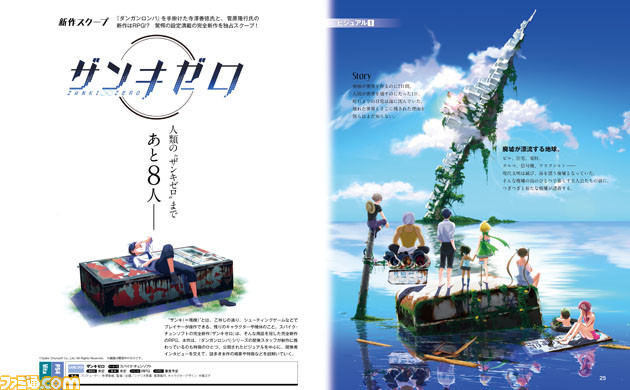 Danganronpa devs announce all-new RPG – Spike Chunsoft have announced a new RPG for Playstation 4 and Playstation Vita. Zanki Zero is a survival RPG set in a post-apocalyptic world that has mostly sunk to the bottom of the sea. Buildings, houses, cars and more have become islands that drift across the sea. Zanki Zero will feature eight playable protagonists. There is no word on when the game will launch, with Spike Chunsoft saying the game is only 10% complete.
(via Famitsu, translated by Gematsu)

Rumour: Creative Assembly to start work on a new Alien game – Sources at Official Playstation Magazine have heard that Alien: Isolation developer Creative Assembly are looking to make a new Alien game. According to the sources, once the developer has finished work on Halo Wars 2 they may well begin development on a new Alien title. While Alien: Isolation was well received by critics and fans at launch, its sales were below Sega’s expectations and the chance of a sequel seemed slim.
(via PSU)

Marvel vs. Capcom: Infinite launches in September – Capcom have confirmed that their upcoming crossover fighting game Marvel vs. Capcom: Infinite is launching on PC, PS4 and Xbox One on September 19. They also revealed that the game’s story mode will center on fighting Ultron Sigma, a combination of Marvel’s Ultron and Capcom’s Sigma, who are attempting to infect a newly merged world with a cybernetic virus. Capcom also revealed eight new characters who will be available in the game, including Chris Redfield, Rocket Raccoon, Chun-Li, Thor and others.
(via Playstation Blog) 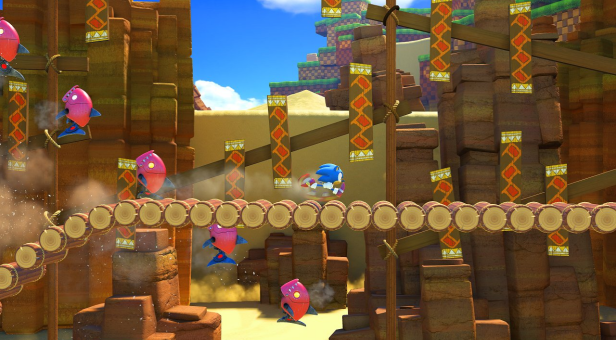 First “classic” Sonic Forces gameplay revealed – Sega have released a new gameplay video for the upcoming Sonic Forces. The video showcases the “classic” 2D gameplay that will be available in the game. The publisher already showed 3D gameplay during the Nintendo Direct earlier this month.
(via YouTube)

Night Trap: 25th Anniversary coming to PS4 & Xbox One – 90’s FMV game Night Trap is getting a re-release this Spring to celebrate the 25th anniversary since its original release. Widely regarded as one of the worst games of all time, Night Trap has developed a cult following. The game follows three teenage girls who are spending the weekend at a home being invaded by vampires. Players take the role of a member of the Special Control Attack Team and must protect the girls using a system of cameras and traps.
(via Twitter)