Detention is a story-driven, side-scrolling point-and-click horror game set in a 1960s Taiwan under martial law. Players begin the game as a student named Wei, who falls asleep in class and awakens to find his school deserted and a typhoon on its way. Attempting to hurry home before the storm hits he comes across Ray, a fellow student in the year above him, and the pair end up taking shelter in the school to wait out the storm. 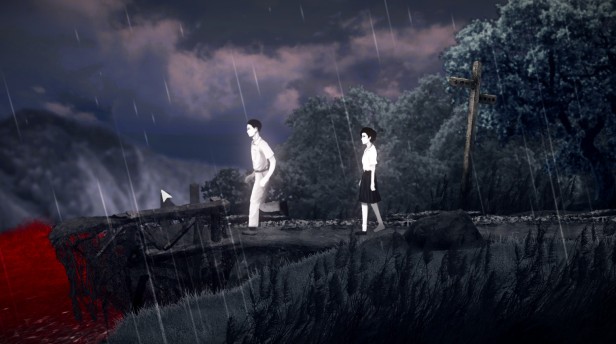 It’s at this point that the game shifts dramatically, with players guiding Ray through a twisted nightmare, the details of which I won’t go into to avoid spoilers. 2016 was a disappointing year for horror game fans, with only one or two good horror games launched amongst a sea of underwhelming releases. Detention kicks off 2017 by immediately making up for last year on its own, setting a high bar for horror.

Detention is pure anxiety in a video game. A horror it may be, but its focus isn’t on frightening you with jumpscares and loud, unexpected noises. Detention is a game that gets under your skin, preferring to unsettle players with an incredibly uneasy atmosphere and uncomfortable, horrifying imagery. The game has an evocative art style that it puts to great use creating an ominous atmosphere, making you dread every new room and corridor you find.

It’s been a long while since I’ve felt the way Detention makes me feel about exploring a horror game. Twice while playing I simply had to put the game down and walk away for a spell. That’s how thoroughly unnerving Detention’s atmosphere is and how easily it can get under your skin. The game achieves this with minimal threat – there are monsters and jumpscares here, but they’re few and far between. Red Candle have developed a game that raises your anxiety and fear to a certain level and then never lets it drop from there.

The main way the game pulls this off is via its presentation. Detention features some of the best sound design I have ever come across in a horror game. The ambience and general background noise is enough to make you feel constantly unsettled. The game also pulls its visuals and art design from East Asian and Taiwanese lore. Environments are littered with Taoist and Buddhist imagery and monsters are pulled straight from East Asian myths and legends. 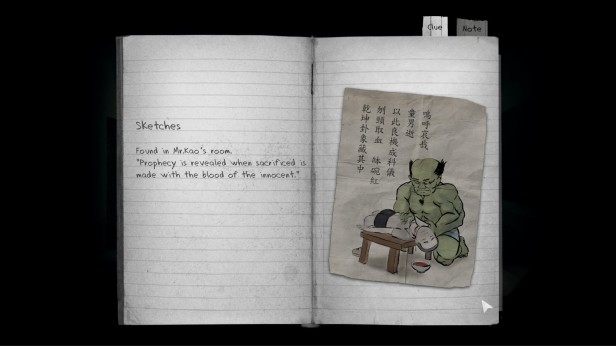 There are very few enemies in the game, probably less than a dozen. Detention takes a “less is more” approach to its enemy encounters, making them sparse but memorable as opposed to throwing them at you constantly in a quest for cheap scares. Ray has no means to fight or defend herself from the spirits that wander the environment. Instead she has to evade them by holding her breath to get past them or avoid their attention.

There are few more intense moments than holding your breath, waiting for an enemy to pass you by as the screen starts to blur and you start to panic and wonder if you started holding your breath too soon. Aside from movement, which functions exactly as it does in most 2D point-and-click games, this is the only other control you’re given. Left click to move, right click to hold your breath. Detention can be played one-handed, presumably so your other hand is free to cover your eyes or punch your monitor to expel the demons.

Aside from exploration and monster evasion, Detention’s main gameplay mechanics revolve around classic adventure game puzzle solving. Cryptic messages and unusual furnishings are hidden around the environment and you’ll need to find items or solve puzzles to progress. None of the puzzles in Detention are particularly tricky, though some of them do require a notepad (or an excellent memory). They require just enough thought to be satisfying to solve without impeding your progress and leaving you frustrated.

And then there’s the story. Detention crafts a fantastic, compelling narrative populated by flawed characters and using a little known piece of Taiwanese history as the perfect backdrop for its nightmare fuelled horror. The game takes place during the White Terror – a time in Taiwan’s history where the country was in martial law for 38 years. Between 1949 and 1987 the Taiwanese government imprisoned or executed 140,000 citizens for real or perceived Communist sympathies and opposition to the Chinese Nationalist Party government.

The underlying narrative of Detention centers around these events, filtering its story through the actions of a school book club who met in secret to read books banned by the Taiwanese government of the time. The game takes its time to build its backstory and delve deeply into the life of its protagonist, telling a heartbreaking story informed by these real world events. Detention uses these events to give weight and meaning to its horrifying imagery, creating a world that’s just as scary as the ghosts that inhabit it.

Detention is a great horror game, single-handedly redeeming the lack of quality in the genre’s most recent years. It trades in cheap scare tactics to instead create an unsettling and incredibly effective atmosphere of terror. You’ll dread going through each and every door in Detention, but be compelled to do so anyway thanks to a compelling main story and excellent world building. The exceptional sound design and intriguing art combine with Red Candle’s use of East Asian mythology to create a unique and memorable horror experience that can be compared positively to the genre’s best output. Detention is a special game and a great way to kick off the new year.