Square Enix has revealed that Star Ocean 5: Integrity and Faithlessness will launch on June 28. The game is exclusive to Playstation 4, with the release date confirmed by a listing on the Square Enix Online Store.

The publisher also confirmed a Day One Edition of the game, which comes with a plethora of in-game DLC and the option to customise the battle music with tracks from the Valkyrie Profile series: 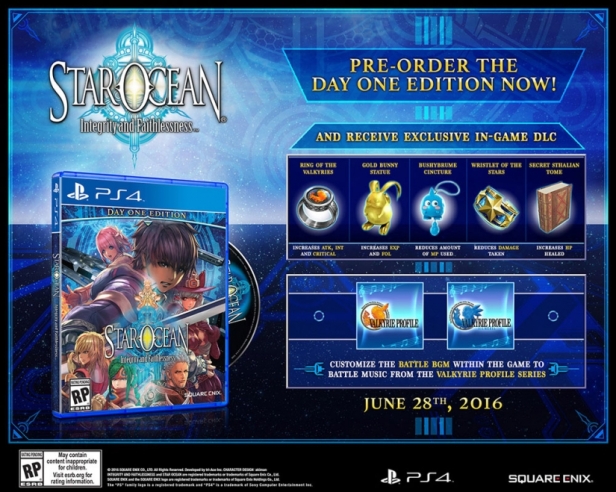 We’ve reached out to Square Enix for an update on Star Ocean 5’s European release date.