It’s EGX time, and I am currently in Birmingham experiencing as many upcoming games as possible. I’ll be back next week with write-ups, hands-on impressions, videos, interviews and more. But before I dedicate this site to talking about what’s to come in the future, I thought I would spend some time celebrating the recent past. I leave you with a series of posts celebrating the best of what has arrived in the eighth console generations so far. These posts will focus on the three current generation home consoles, and games exclusive to one of them. First up: Playstation 4. 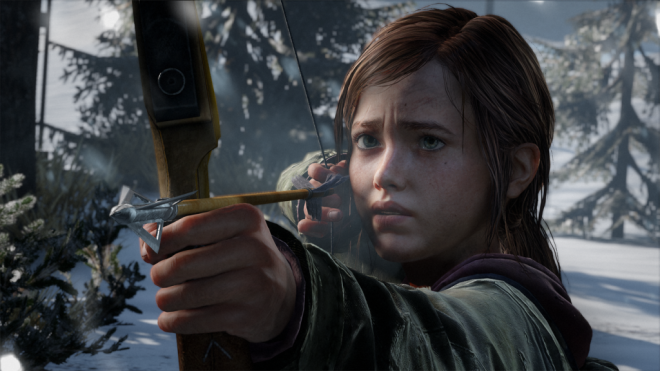 The Last of Us Remastered

Starting this entire series of posts with a remastered re-release of a 7th generation release might seem a bit weird, and I might even agree, if not for the fact that The Last of Us was one of the best games released last generation. It’s re-release on PS4 was a genius business decision, given the number of Xbox 360 owners jumping ship to Playstation who had never played The Last of Us. Plus it’s a phenomenal game. As I said in my review of it last year – “it’s a completely essential entry into video gaming history.”

In The Last of Us you embark on an unforgettable journey across America with two exceptionally well written and voice-acted characters in the form of Troy Baker’s Joel and Ashley Johnson’s Ellie, meeting an equally memorable and excellent cast of characters along the way. Everything clicks (heh) in The Last of Us; the story, the gameplay, the characters, the pacing. The Last of Us Remastered is one of those games that comes along once a year at most; a game that doesn’t put a foot wrong in its entire running time.

Although it has only been a few weeks since Until Dawn was released, I stand by what I said both in my review and on the last episode of the Couch Co-op Podcast; Until Dawn should be considered a flagship title for the PS4. It’s a game that makes owning the console worthwhile, and should be considered a major reason to make the purchase if you haven’t already. It’s that good. For starters it’s a damn fine horror game, one of the best we’ve gotten in years. Tasking players with guiding eight teenagers through a fairly typical 90’s teen slasher movie is an absolutely genius idea, and Supermassive Games backed this idea up with a game that has brilliantly crafted horror, narrative and gameplay.

But it’s not just that it’s an excellent horror game. Until Dawn is all about choice and consequences. Have you ever watched a horror movie and shouted at the screen because all the characters are idiots? Well now you’re in the driving seat. If you hear a noise and decide to break off from the group to investigate, what happens next is your own damn fault. Until Dawn uses a system called the Butterfly Effect, which both tracks the choices you make and then allows you to chart how they’re affecting the game. And they do affect the game, in big and small ways, but most importantly in meaningful ways.

Helldivers is an awesome time with a friend. A top-down, twin-stick shooter that is essentially Starship Troopers: The Game, you’ll have as much bother getting killed by your mates as by the enemies you’re supposed to be fighting. This is co-operative gameplay at its best, and while you can play solo or online with strangers, playing with some friends is where Helldivers shines. Few games so far in this console generation have been as fun, or elicited such laughter, as this game. A game in which I’ve been shot down in a blaze of glory by my teammates, or squashed underneath an evacuation shuttle, almost as much as I’ve been killed by my alien enemies. 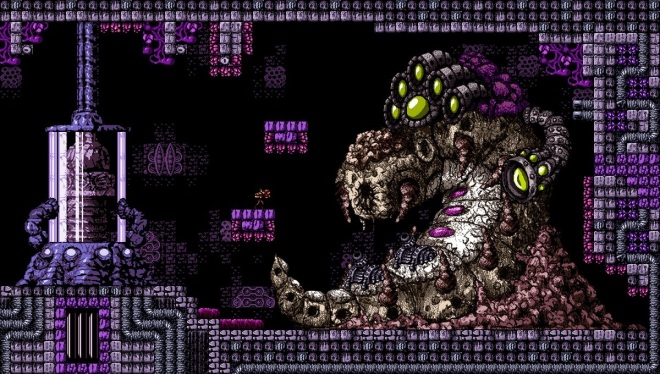 Super Metroid released in the 21st century, Axiom Verge was astonishingly created almost entirely by one man, which is achievement enough. It also happens to be one of the best games released on PS4 so far – it’s absolutely fantastic. What makes this game work so well, besides everything, is that developer Tom Happ didn’t just copy/paste Super Metroid when he created Axiom Verge, he knew what made that game so great, adapting this into a phenomenal game that stands apart from its inspiration. With excellent boss battles, addictive exploration, an impressive array of weapons and one of the most badass soundtracks ever, Axiom Verge is a brilliant game.

Rocket League is a spiritual sequel to Psyonix’s previous game: Supersonic Acrobatic Rocket-Powered Battle Cars, which debuted on PS3. It’s a fairly accurate description of Rocket League, which pits players into an adrenaline fuelled soccer match, where the players are rocket powered cars scrapping over a giant ball. Matches of Rocket League are fast and furious and a hell of a lot of fun. The cars are a lot of fun to drive, and even when you’re still learning how to play and kinda suck the game is endlessly enjoyable. You can enjoy 1v1 grudge matches all the way up to the mayhem of 4v4 and everything in between, and you’ll be playing “just one more” match well into the night.

Everybody’s Gone to the Rapture

While 2015 has not been a great year for the so-called “walking simulator” genre, with a plethora of narrative-driven games that seem to have forgotten to bring the actual narrative (or anything, actually), the creators of the “walking simulator” showed up to remind everyone how it’s done. With Everybody’s Gone to the Rapture the Chinese Room have created a beautiful, compelling game that oozes atmosphere and mystery, demanding you explore every detail of a fantastically realised world. How much you get out of the game depends on how much you put into it, the more you dig into the sleepy Shropshire village that acts as Rapture’s setting the more you’ll be able to piece together just where everyone went, and what’s going on. If you’re a fan of story-driven games then Rapture is what you’re looking for.