Yep. You read that title right. While it’s extremely aggressive and inflammatory, but it’s just how it is. We’re only twenty days into 2015 and we’ve had more controversies come out than bloody games. The games industry has gotten to a stupid place over the last few years and it’s largely because we’ve let it, with pre-orders, pre-purchases, season passes, paid-for alpha’s and beta’s, paid for game demos, microtransactions, broken games, unfinished games, outright lies in the build-up to releases. All of these things are now at epidemic proportions and are each scourges on the games industry, but none of these things would even be problems if we hadn’t allowed them.

The biggest problem in the games industry right now isn’t GamerGate, or shoddy journalistic practices within the games media, or anything else you might have heard; it’s pre-ordering. Putting money down for games and content before their release, in the form of pre-ordering, pre-purchasing, season passes, or so-called “Early Access”, is an epidemic that needs to stop, and it’s all in the hands of gamers.

Pre-ordering is a relic of a bygone age of gaming. Many years ago pre-ordering a game at a store was sometimes a necessary evil. Publishers rarely made enough physical copies of games to supply demand during a launch window, which meant that to ensure you got a game within the first few weeks or sometimes months of its launch date you needed to pre-order. If there was a game coming out that you were excited about and you didn’t want to potentially wait a while to play it, you would rush to your local Game store and put a pre-order down, guaranteeing yourself a copy. Sometimes demand outpaced supply to such an extent that a pre-order would not necessarily guarantee you a copy on launch day. But that was just the cost of doing business back then.

And then there’s also pre-ordering’s ugly stepbrother; pre-purchasing. This mostly comes from buying digital copies of games from stores like Steam, where the only way to “pre-order” a game is to actually pay for it, in full, upfront. If pre-ordering is ridiculous (and it is, because it has no benefits while doing irreparable harm to gaming), then actually paying for a product you know nothing about, sometimes months in advance, is immeasurably stupider. You’re literally giving games publishers your money for a product that doesn’t exist yet. But I digress… 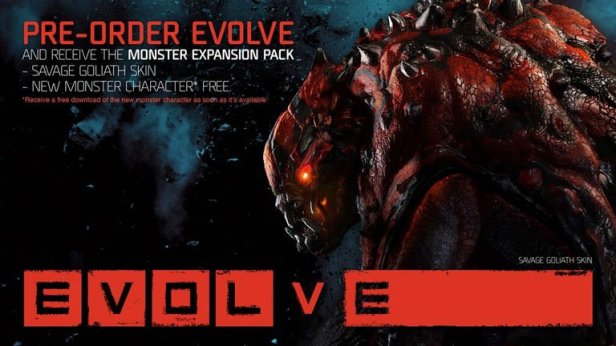 When was the last time a game was so heavily in demand on launch day that it was unavailable to anyone who didn’t put a pre-order down on it? That hasn’t happened for years. Even Destiny, the biggest launch day seller of 2014 that made more than $500million in one day, didn’t go out of stock. These days publishers are able to manufacture more than enough physical copies of a game to satisfy demand. Plus any gamer playing on any platform now has the option of buying a digital copy of a game, and these digital copes never go out of stock. EVER. So what’s the point of pre-ordering a game? None, it’s utterly pointless. If you want a game day one then you’ll be able to get it, regardless of whether you pre-order it or not. So publishers did the only thing they could do; they incentivised the process.

Now we pre-order games for an entirely different reason; the “rewards” that come with it. And I use rewards in air quotes because these pre-order rewards aren’t really rewards, they’re parts of the game that have been broken off to give you a reason to buy before knowing whether the game is actually any good or not. Take Dying Light for example. Dying Light, released towards the end of this month, has an entire multiplayer game type as a pre-order bonus called Be The Zombie. You can only access this game mode if you pre-order the game, and presumably you can pay extra to access it later. Of course if pre-ordering didn’t exist then that game mode would have already been in the game. In fact, you can bet your ass that Be The Zombie will be on everyone’s disc/in everyone’s download, it just won’t be accessible by people who didn’t drop £50 on the game before it launched.

You might be wondering what the problem is exactly? By pre-ordering a game you get some goodies and a game you’re looking forward to the day it comes out. Earlier if you buy digital and pre-load it. Well, let’s set aside the fact that these pre-order “rewards” would actually just be a part of the game anyway if pre-ordering didn’t exist. That game you’re excited for might not be the game you actually get when it arrives. Hell in 2014 the chances of a game even closely resembling its pre-release trailers, hype and coverage were pretty small. How many games released in 2014 were unfinished, broken or not as advertised?

In fact let’s narrow that question down: how many games were completely non-functional at launch in 2014? The answer is too damn many. How many Halo fans do I have reading this blog? Those of you that own Xbox One’s probably pre-ordered Halo: The Master Chief Collection, a game which was released in November and is still receiving patches today to try and get the damn thing working. While the single-player campaigns are perfectly playable (although riddled with performance issues at launch) the multiplayer still doesn’t work properly. I tried to play some Halo multiplayer last week and managed one game of 2v3 Team Slayer in the hour I dedicated to playing it.

Assassin’s Creed: Unity (yeah, we both knew this was going to come up) might be one of the most broken games of all time at release. I’ve already written extensively about the many bugs, glitches and errors that surrounded the game when it first came out. The framerate, which was meant to be capped at 30fps, ran at about 15fps, co-operative multiplayer didn’t work, save files were routinely corrupted beyond repair or deleted entirely, certain missions crashed the game entirely, the AI was non-existant, characters would clip through each other or get stuck in place, animations wouldn’t load, some graphics wouldn’t be rendered…the list goes on and on.

Do you think Ubisoft looked at the state of the game when it was 20due to go gold and gave a shit that it wasn’t working? Hell no they didn’t, thanks to pre-orders and pre-purchases they’d probably already recouped their development costs, and they could just patch the game after release. They already have your money. They’re not going to get any more money out of you for delaying the game to make it work properly. Assassin’s Creed: Unity is only one example of a game that utterly failed at launch, yet sold vast quantities of pre-orders. There were so many other games that launched in a pathetic state yet sold incredibly well thanks to the hype machine working overtime to extract your cash before you could find out how broken the game you’re paying for actually is.

It’s not even just broken games that are the only issue. Games are constantly being misrepresented in pre-release coverage. Remember Watch Dogs? How incredible did that game look in its E3 reveal back in 2012, versus how poor the game looked at release. What about Far Cry 4? While the game is technically competent and can be a fun game to play, it’s one of the laziest sequels in recent memory, being very little more than a reskin of the previous game in the franchise. And then there’s Destiny, a game which was nothing like the game that was advertised a year before it was launched, and had very little to do with the game that Bungie were talking about pre-release.

What does this have to do with pre-ordering? Do you think Unity would have been kicked out the door in such a diabolical state if millions of gamers hadn’t already paid for the game? Of course not. And that’s what pre-ordering comes down to, and why we need to stop doing it. Publishers can release games in any state they want if there’s enough people who have already paid for it. If we stop pre-ordering games then publishers won’t be able to get away with games like Unity, Halo: MCC and all the rest, because then we’d actually be informed customers, and would stay away from the game altogether. How many people who pre-ordered or pre-purchased Assassin’s Creed: Unity would have taken it all back if they’d have known the state it was about to be released in?

What we as gamers need to do is stop buying into the pre-release hype. Stop paying for games before they’re released. Wait until you know what state they’re actually in. It won’t even take you that long to find out if a game is worth buying. There will be livestreams on Twitch the day a game comes out. Reviews will, for the most part, be available on launch day. At most you might end up waiting the weekend to find out whether a game is working, or as advertised, but that weekend could save you £50 and a whole bunch of frustration.

Right now the games industry is in tatters thanks to our willingness to pay for a product before we’ve had a chance to even read a review on it, or see it in action, and that needs to change. These issues are only going to get worse if we continue down this path. More and more games will be copy/paste, more games will release completely broken or blatantly unfinished. Right now there’s no real accountability for games publishers, there’s no incentive for them not to keep doing these things. And there should be. For the future of gaming, we need to stop pre-ordering or pre-purchasing games. Wait for reviews, wait for gameplay videos…just wait. You’ll waste less of your own money and, in the long run if enough people do stop, games themselves will be better off.